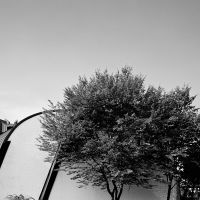 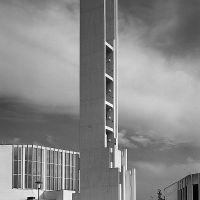 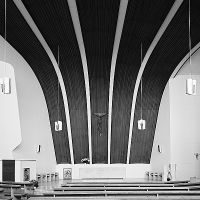 The protestant parish rooms are situated at the main connecting road at the highest point of the new Klieversberg housing estate constructed at the end of the 1950's. The church and the parish rooms are so sited that they form sides of a forecourt which is closed off to the road by a free-standing open bell tower but opens up to the countryside. The elongated flat building with the vicarage forms the spine of the parish centre, with a kindergarten with its fan-shaped floor plan opening to the south at the west end.

The church itself is also fan-shaped, dominated by the conspicuous roof shape. Numerous differently designed windows and skylights characterise its light-flooded, Nordic-tuned space. A distinct spatial impression is thus produced, together with the specially designed organ front and carefully detailed constructions. Architectural historians regard the church building as one of Aalto's major works.

At the end of 2020, the owner of the ensemble, the Evangelical Lutheran Church District of Wolfsburg-Wittingen, surprised us with its intention to sell the building stock. A competition has been held to select a new use for the building. 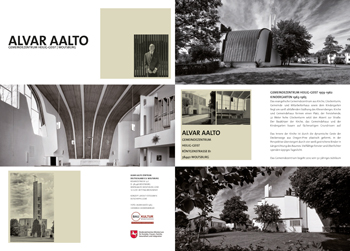