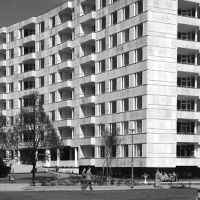 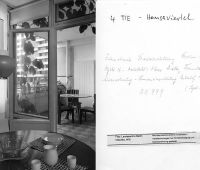 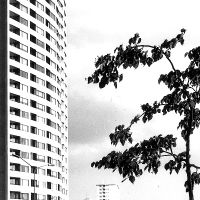 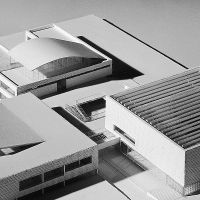 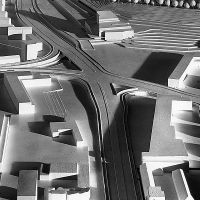 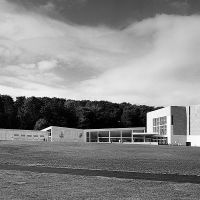 It is known that Alvar Aalto already as a young architect in the late 1920s took up contact with German colleagues. Aalto was curious about modern architecture, as proclaimed by Bauhaus or as to be seen in the “Werkbundsiedlung am Weißenhof” in Stuttgart 1927. He met Walter Gropius, Ernst May and Hans Scharoun several times and invited them to Finland to see, among other things, the “Sanatorium in Paimio” built between 1929 -1938.

The situation suddenly changed in 1933 when progressive architects were confronted with a ban on them practising their profession or they decided to emigrate. Aalto limited his contacts with Germany and also refused official invitations. At the same time in the 1930s there were the beginnings of Aalto´s international success. The Finnish pavillions at the World Exhibitions in Paris in 1937 and New York in 1939, the latter hardly noticed in Europe because of the beginning of the war, strengthened Aalto as the leading person in the Architecture of Finland. In his native land, however, for a long time he gained no recognition. It was only in 1943 that he was elected by a small majority as the chairman of the “Finnish architects SAFA”. A tour with a delegation of the SAFA forced Aalto in the same year to visit National Socialist Germany.

The postwar years offered the opportunity for a sharp increase in building, not only in Germany but also in Scandinavia. Because of the unbroken continuity in their modern concept of architecture, Finland and Sweden, in particular, were considered exemplary as far as construction methods, technology and aesthetics were concerned, making study visits in these countries a professional must for German architects and students, seeking to find access once more to the international profession. Since then Scandinavian architects have been welcomed and invited as experts in building planning. The Danish architect Arne Jacobson was given projects in Hanover, Hamburg and Mainz. Jacobson and Aalto, together with Kay Fisker from Copenhagen were involved in the “Demonstrativbauvorhaben” of the Hansa District in Berlin from 1953 on. Aalto´s apartment house at the “Interbau” with its unspectacular exterior, was criticized during the planning phase by the responsible authorities for being boring and yet turned it out to be a true success with the public after its completion in 1957. His apartments showed a completely revolutionary and yet practical ground plan where several rooms were grouped around a central living space without corridors. A deep loggia, almost an inner courtyard, creates a touch of “detached house quality” on the floor. The light casual furniture from the “Artek Program” gave the show apartments a Scandinavian flair. The projects which arose from this which Aalto obviously expected, occurred with no delay, the high-rise block “Neue Vahr” in Bremen, the Culture Centre and Holy Ghost community centre in Wolfsburg, all completed in 1962, the Stephans community centre in Wolfsburg, which was handed over in 1964, as well as the Opera House in Essen, which Aalto did not live to see in 1988 because of its delayed completion.

In two of the building projects in Wolfsburg Aalto stood in direct competition with his two rival friends and colleagues Paul Baumgarten and Hans Scharoun. Whilst Aalto in 1958 was favored for the Cultural Centre in opposition to Baumgarten, who had been given a parallel contract, Scharoun succeeded in the competition for the Civic Theatre in 1965, which was only finally completed in 1973. Since then the Cultural Centre and the Theatre stand in harmony within view of each other and are very good personal testimonials for two great masters of creative design. 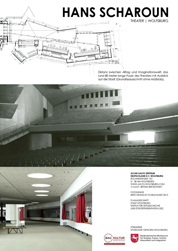 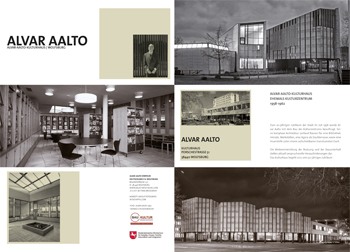